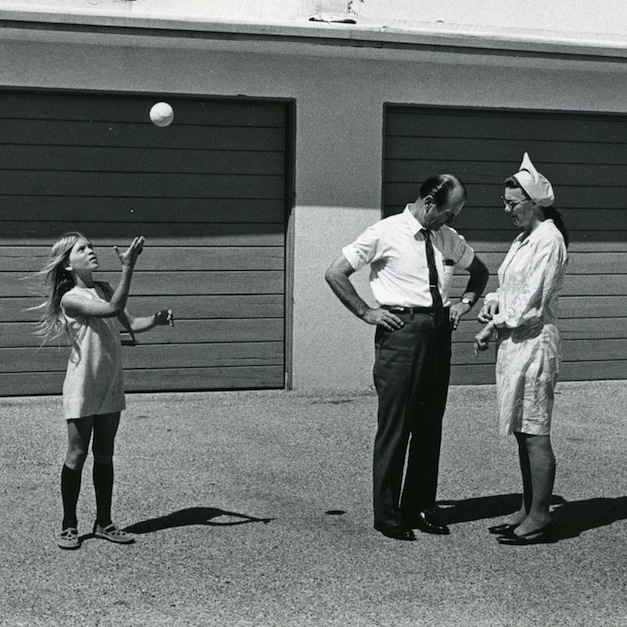 Allan Sekula: Aerospace Folktales and Other Stories explores the critical work of the American-artist Allan Sekula. A pivotal figure in contemporary art from the early 1970s until his untimely death in 2013, Sekula continuously questioned the function of the documentary genre and the consequences of global capitalism through his writings, photographic installations, videos, and films. At the core of the exhibition is the artist’s first major work, Aerospace Folktales (1973), an installation that has not been exhibited since the 1970s, and was acquired by the Museum in 2015. Aerospace Folktales consists of 142 photographs, a written “commentary,” and four audio interviews that investigate the artist’s own class situation and familial circumstance. Alongside this major installation, the exhibition features a selection of seminal works from Sekula’s multi-faceted practice between 1972 and 2012, including work he made while based in Columbus during the early 1980s.