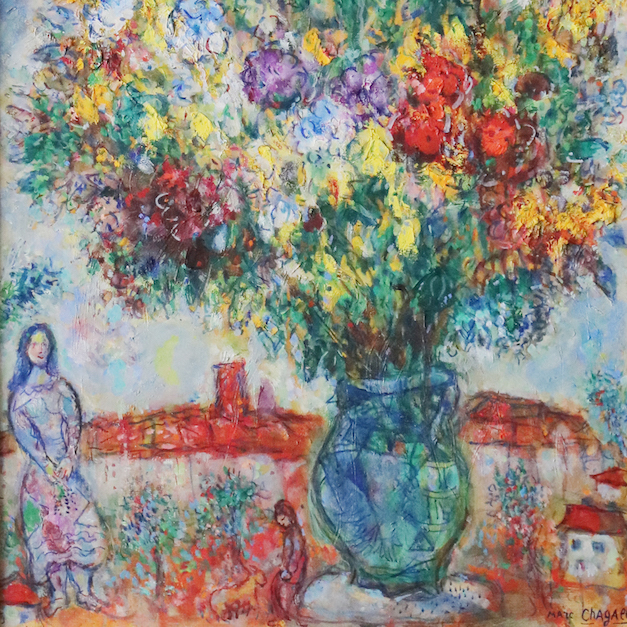 This summer, CMA is pleased to exhibit three superb paintings by Marc Chagall (1887-1985) on loan from the Columbus collection of Jay and Jeanie Schottenstein. Chagall created his own very personal style of art demonstrating an awareness of the modernist hallmarks of cubism, fauvism, and surrealism but maintaining an artistic vocabulary grounded in the fanciful representation of his experiences and memories of his birthplace of Vitebsk, Belarus, and Paris, his adopted home before and after World War II. Two of the paintings were created during the period Chagall and his family, like other Jews who were able, escaped the horrors of Nazism and sought asylum in the United States. Like so many of Chagall’s paintings, these are filled with themes of a bride and groom, bouquets of flowers, polychrome cows, and floating figures with bird heads. These paintings reflect a transitional period in Chagall’s life when, in addition to the trauma of the war, he suffered the loss of Bella, his childhood sweetheart and wife of 30 years. Memories of Bella and Chagall’s love for her permeate these canvasses. After returning to France, Chagall fell in love with and married Vava (Valentine) Brodsky in1952. The third painting in this group is from this later period when the artist found peace and happiness with Vava in their Mediterranean home in the south of France. 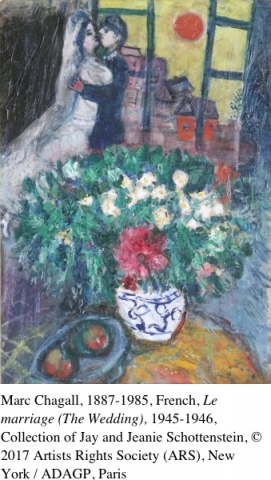 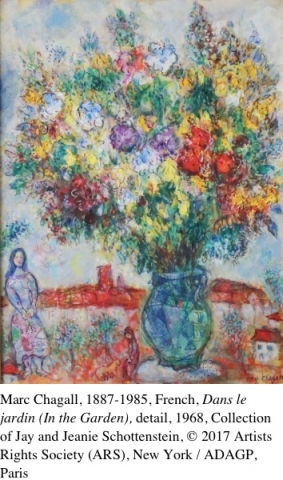 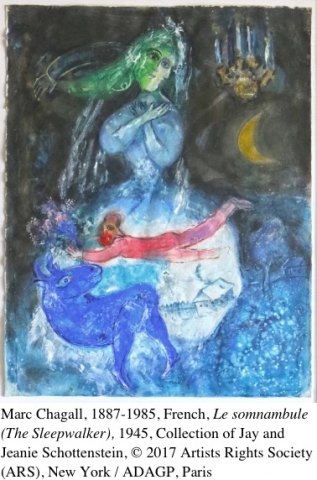