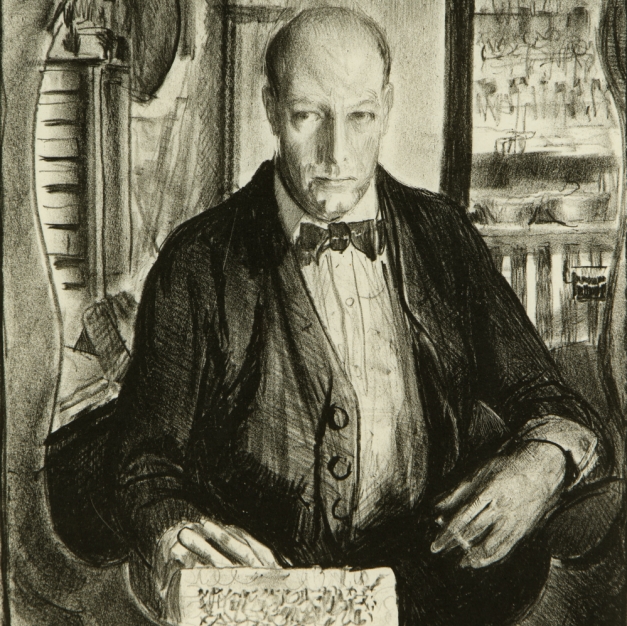 The Bellows Center is available by appointment only. Appointment requests can be directed at Elizabeth Hopkin by emailing her at Elizabeth.Hopkin@cmaohio.org

Fall of 2021 the Columbus Museum of Art officially unveiled the new George Bellows Center, a hub dedicated to fostering and incubating exhibitions, publications and scholarly research and presenting public programs related to the legendary American artist and his contemporaries. A leading modern and realist artist, George Bellows (1882-1925) was born and educated in Columbus, Ohio, before leaving for New York City to study art. Housed within the Columbus Museum of Art, the Bellows Center includes a gallery and study space for visiting scholars and students and hosts public events throughout the year. The new center was made possible with leadership support from the Teckie and Don Shackelford family. The Shackelford family also endowed CMA’s curator of American art, who will serve as the director of the Bellows Center.

The Nov. 4, 2021, opening weekend event was headlined by noted Bellows scholar Mark Cole, William P. and Amanda C. Madar curator of American painting and sculpture at the Cleveland Museum of Art. Cole presented on Bellows’ life both as a gifted athlete and astute observer, chronicler and interpreter of the world around him, including sporting subjects as a microcosm of society. For Bellows, sports were metaphors for life itself, and his images of skill and rivalry stand as potent symbols for the brash competitive spirit of early modern America.

“The George Bellows Center epitomizes CMA’s enduring commitment to honoring and supporting the extraordinary artists who have called Columbus home,” said Nannette Maciejunes, CMA executive director and CEO. “On behalf of the entire CMA community and scholars worldwide, I would like to extend my gratitude to the Shackelford family for their visionary philanthropy that allows us to celebrate the legacy of George Bellows and the cohort of iconic American artists of his generation.”

Among Bellows’ first noted commissions were portraits of prominent Columbus citizens. He maintained close ties to Columbus throughout his life and organized the first major exhibition of the Ashcan School artists outside of New York in Columbus.

Equally acclaimed as a painter and printmaker, Bellows embraced a wide range of subjects – from portraits of family to bold depictions of urban streetscapes in New York, to indelible landscapes. Affiliated with the Ashcan School, a group of New York artists interested in capturing everyday American life, Bellows was part of a groundbreaking group that changed the trajectory and status of American art. Many of Bellows’ images, particularly his lithographs, reflect his social justice concerns: immigration, the horrors of WWI and capital punishment.

In 2025 CMA’s Bellows Center plans to mark the centennial of the artist’s death with a special exhibition, publication and range of public programs. CMA is currently working to publish the Bellows record book, which is jointly owned by the museum and The Ohio State University, and to make it accessible online.