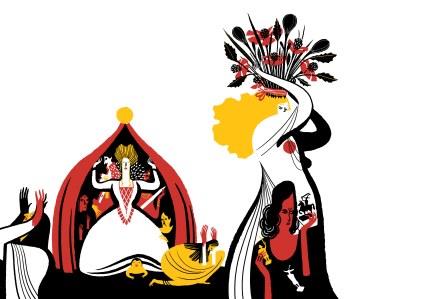 For the past four years, CMA and Thurber House have awarded the Graphic Novelist Residency to an artist who demonstrates an experimental approach to creating comics and graphic novels. Eleanor Davis has been selected as the recipient of the 2015 award which includes an exhibition at CMA and a three-week residency at Thurber House.

Eleanor Davis is a cartoonist and illustrator whose work has appeared in The New Yorker, The New York Times, The Wall Street Journal, and Time Magazine. A collection of her short comics for adults, How To Be Happy, is available from Fantagraphics Books. She has produced two graphic novels for kids: The Secret Science Alliance and The Copycat Crook which she created with her husband Drew Weing.