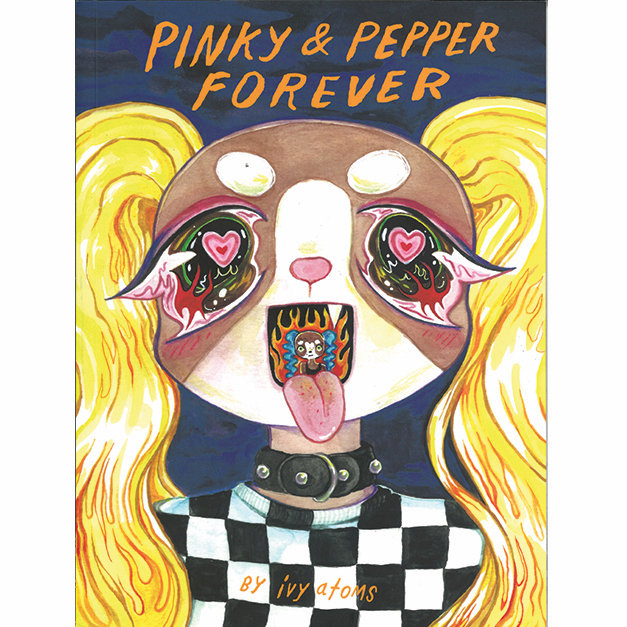 Ivy Atoms is the winner and featured artist of the 2019 Columbus Comics Residency. Her 2018 book Pinky & PepperForever, a dark comedy about two young artists whose relationship continues into the afterlife, earned her a nomination for Outstanding Artist at the 2018 Ignatz Awards. It was also named one of the best LGBTQ graphic novels of 2018 by The Advocate.

Each year, a committee of local comic critics, curators, and creators seek graphic artists from outside Columbus who demonstrate an experimental approach to creating comics and graphic novels. The four-week residency is designed to provide the winner with an opportunity to develop a work-in-progress and to exhibit their work at CMA.

Ivy Atoms’ residency includes collaborations with Cartoon Crossroads Columbus (CXC) and CCAD. Ivy Atoms served as a Special Guest of the 2019 CXC. CXC is a multi-faceted, yearly festival celebrating comics and cartooning, the city of Columbus, and cartoonists worldwide. During her residency, Ivy Atoms stayed in the visiting artist residence on the CCAD campus.