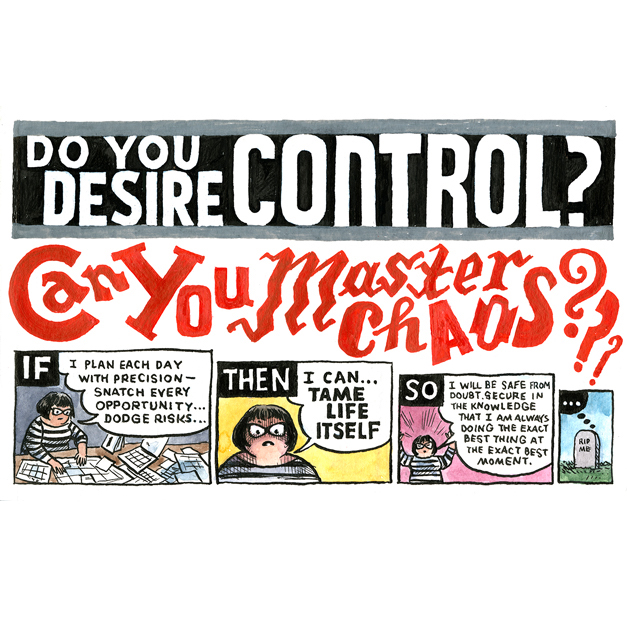 Laura Park is a Chicago- and Paris-based artist whose work has appeared in The Believer, Best American Comics, and the renowned Fantagraphics anthology series MOME. She also illustrated the I, FUNNY series of books for young readers and contributed storyboards and character designs to the Cartoon Network series Over the Garden Wall. Currently she is working on a collection of her comics with publisher Drawn and Quarterly. Park is the winner of the annual Columbus Comics Residency, a partnership between CMA and Columbus College of Art & Design (CCAD). Each year, a committee of local comic critics, curators, and creators seek graphic artists from outside Columbus who demonstrate an experimental approach to creating comics and graphic novels. The three-week residency, formerly called the Graphic Novelist Residency, is designed to provide the winner with an opportunity to develop a work-in-progress and to exhibit their work at CMA. Park’s residency also includes a Special Guest appearance at Cartoon Crossroads Columbus (CXC) and a visiting artist residence at CCAD.

Laura Park Interview
September 24 at 2:00 PM
Come hear Laura Park, the 2017 Columbus Comics Residency recipient, speak about her creative process with interviewer, comics writer, and blogger Jared Gardner, a professor of English and Film Studies at OSU. This program marks the kickoff to the 2017 Cartoon Crossroads Columbus festival, a city-wide celebration of cartoon arts.
Admission is free.
[Top image: Laura Park, Do You Desire Control?, 2016, Courtesy of the artist.]
X