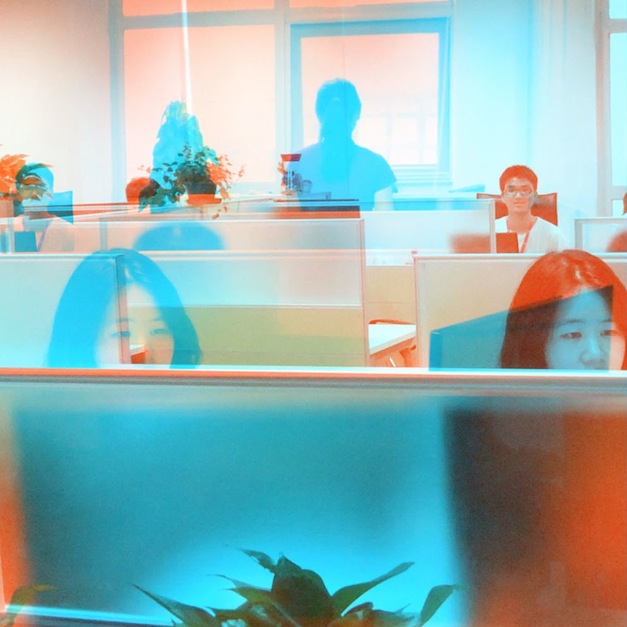 April 29, 2016 – November 27, 2016
Columbus Museum of Art is proud to present an exhibition by New York-based artist Lucy Raven. The museum invited Raven to organize a show drawn from our collections. In her work, Raven combines photography, animation, and sound to investigate industrial systems and image production. For this exhibition, on view in Gallery 5, the artist was inspired by works in the Photo League Collection, the Philip J. and Suzanne Schiller Collection of American Social Commentary Art, 1930 – 1970, and the Museum’s archive that depict labor. “The selections foreground connections between the hand and the eye,” says Raven. “Many of the images suggest, to me, the potential of relief in and from the workplace.”

In conjunction with the installation, the Museum will present two video works by Raven beginning September 1. China Town (2009) consists of thousands of still photographs and ambient sounds that trace copper mining and production from an open pit mine in Nevada to a smelter in China. The film follows the detailed process that transforms raw ore into copper wire. In Curtains (2014), a series of ten stereoscopic photographs are split into the red and blue panes of anaglyph 3D glasses, which are worn while watching the piece. Each image depicts the painstaking, frame-by-frame process of creating visual effects for 21st-century Hollywood cinema; its global assembly lines run from Los Angeles through Bombay, Beijing, London, Vancouver and Toronto and capitalize on cheap labor and government subsidies to supply the countless hours of work going into each frame of a film. China Town will be shown in the Forum, and Curtains will be shown in the Cardinal Health Auditorium.

This exhibition made possible by the generous support of William J. and Sarah Ross Soter.