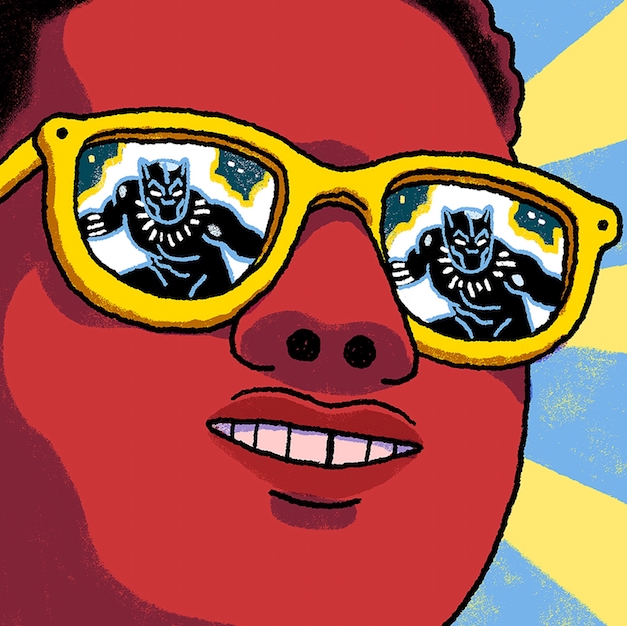 On View September 1, 2018 – March 10, 2019
Richie Pope as the winner of the annual Columbus Comics Residency, an annual partnership between Columbus Museum of Art and Columbus College of Art and Design. The three-week residency is designed to provide the winner with an opportunity to develop a work-in-progress and to exhibit their work at CMA. Pope is an illustrator and cartoonist currently living in Dallas, TX. He has worked with publications such as The New Yorker, The New York Times, The Atlantic, Google, Scientific American, TIME, Nautlius, Tor Books/Tor.com and The Washington Post, among others. Pope has also been recognized by Society of Illustrators and Spectrum. Recent publications include Frontier #13: Fatherson, published through Youth in Decline; Super Itis; and That Box We Sit On.

Related Programs
CXC Interview: William Evans of Black Nerd Problems and Richie Pope
September 30 at 10:30 AM
William Evans, poet and editor-in-chief at the website Black Nerd Problems, will interview Pope at CMA on the last day of Cartoon Crossroads Columbus, a multi-faceted, yearly festival celebrating comics and cartooning, the city of Columbus, and cartoonists worldwide.