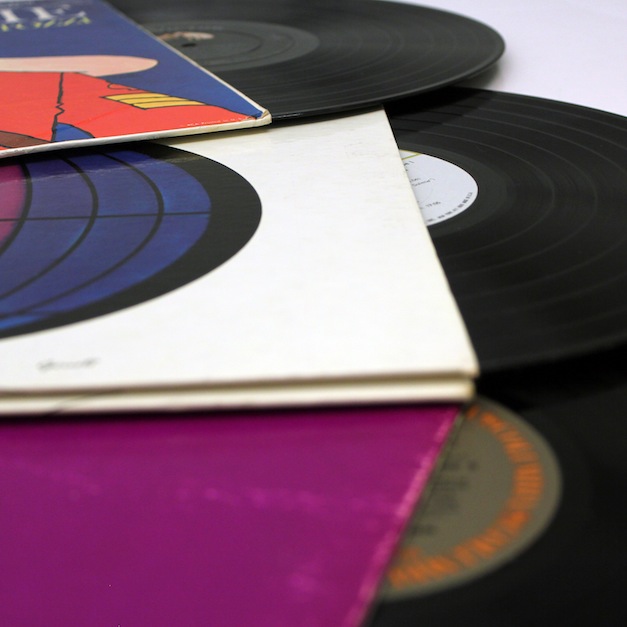 Spin Art features memorable examples of vinyl record album cover designs. Album covers show how the crossover between music and visual arts can inspire creative innovation. Selected record covers define the visual identity of a musician, record label, or musical genre. Also included are album covers that are the result of close collaboration between graphic designer and musician. Many of the records on display exemplify a fruitful exchange between music and visual cultures.

The exhibition showcases albums by musicians including Pink Floyd, Funkadelic, Run the Jewels, and Sonic Youth, to name just a few. And designs by Andy Warhol, Roger Dean, Winston Smith, Gerhard Richter, and many more artists.

What album cover would you include in an exhibition such as this? Show us!

Post a photo of that album cover to Instagram, Twitter, or other social media site and tag it with #spinartcma. Your photo will be added to the Spin Art digital gallery.

CMA partnered with local record store Spoonful Records owners Brett Ruland and Amy Kesting to identify and acquire the works in this exhibition.