The Otolith Group: Nucleus of the Great Union 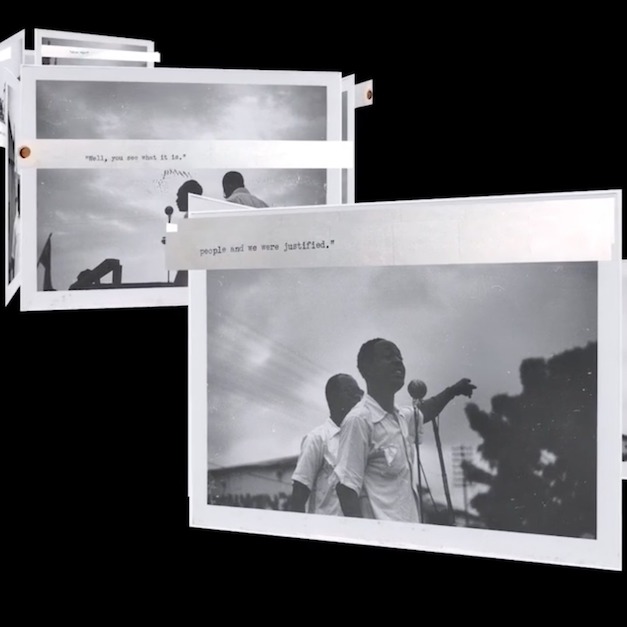 Founded by Kodwo Eshun and Anjalika Sagar in 2002, the United Kingdom-based collective The Otolith Group explores the critical potential of images in contemporary society, with a particular interest in utopian histories, speculative fiction, and the politics of post-colonialism.

In Nucleus of the Great Union, The Otolith Group sets its sights on an unpublished collection of 1,500 photographs shot by renowned African-American novelist Richard Wright during his trip to West Africa’s Gold Coast (present-day Ghana) in the summer of 1953. Living as an expatriate in Paris at the time, Wright had long expressed a wish to travel to Africa, the origin of the Black diaspora and a site of intense political struggle in the early 1950s. In the spring of 1953, his travel plans were set into motion by the success of the African nationalist movement in the Gold Coast led by the charismatic politician Kwame Nkrumah. In spite of his high hopes for this voyage, however, Wright deemed his trip a failure in the end, writing in his journal, “Africa! Where are you! Are you a myth? I seek you and cannot find you. I am in despair.”

Wright’s unpublished photographs from the Gold Coast appear throughout Nucleus of the Great Union in various forms: individually, in contact prints, and in a digitally rendered spiral with captions derived from Wright’s notes and correspondence with Nkrumah. Collaborating with award-winning writer and historian Saidiya Hartman, whose voice-over quotes from her recent book, Lose Your Mother: A Journey Along the Atlantic Slave Route, The Otolith Group tallies Wright’s disappointment at having failed to discover the keys to racial solidarity in Africa with the ongoing need for a politics of Black internationalism.