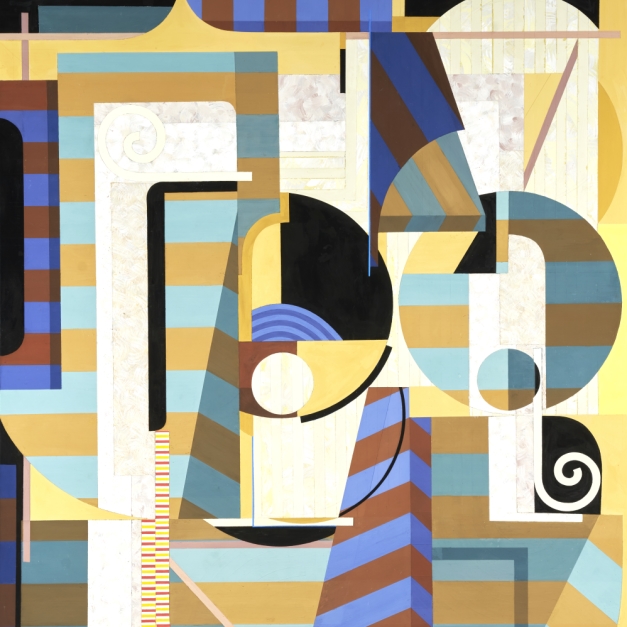 Each year, the Wayne P. Lawson Prize recognizes an Ohio artist who represents excellence in their practice. CMA honors the recipients by acquiring a work by the artist for CMA’s distinguished and growing collection of regional, national and international art.

“The Columbus Museum of Art is proud to recognize talented artists from our own region, and we look forward to sharing Gianna’s captivating work with our community,” said Nannette Maciejunes, CMA executive director and CEO. “We are grateful to Wayne Lawson for his continued legacy dedicated to uplifting our arts community and the work of individual artists.”

Commito uses a kaleidoscope of high-color images to express her interest in space, architecture, and relationship to the built environment. Her latest body of work reflects the often erratic swing between solace and tedium found in domestic relationships, highlighting the anxiety that came with spending so much time at home with family at the start of the COVID-19 pandemic. Her recent paintings suggest aerial views of the family’s activity as if mapped on rectangles found at home, such as the rowdy dinner table or overcrowded bed. Layers of image unfold organically while colors, patterns and techniques wrestle to find balance.

Commito paints on wood panels primed with a traditional marble dust ground using casein, a milk-based paint historically used for painting wooden furniture and building exteriors. This combination of materials is the result of years of experimentation with different media and provides a surface for painting that is both delicate and absorbent yet presents the physicality of a ceramic tile or frescoed wall.

CMA is purchasing Commito’s work titled Iris (2022). Emblematic of Commito’s current body of work, Iris is full of play between linear and curved planes in bold, rich colors. Spirals and zipper-like motifs are featured among the striped forms, and further visual texture is created with the juxtaposition of mottled fields against areas of smooth, saturated paint.

A professor of painting at Kent State University, Commito earned a Bachelor of Fine Arts from The New York State College of Ceramics at Alfred University and a Master of Fine Arts from the University of Iowa. She has been included in exhibitions at Fleisher/Ollman Gallery, The Akron Art Museum, Lehman College Art Department, Webster State University, MOCA Cleveland, National Academy and the Drawing Center. She is the recipient of numerous awards and fellowships, including the Ohio Arts Council Award, the Cleveland Art Prize, artist in residence at Yaddo, the Pollack-Krasner Foundation grant and artist in residence at nido. Commito’s work was featured in the inaugural edition of FRONT International: Cleveland Triennial for Contemporary Art in 2018.

The Wayne P. Lawson Prize was established in honor of Wayne Lawson and his career-long commitment to strengthening and supporting the arts in Ohio and promoting the importance of individual artists. Lawson is director emeritus of the Ohio Arts Council; graduate professor emeritus of arts administration, education and policy at The Ohio State University (OSU) and an honorary board member of the Columbus Museum of Art.

Lawson was the Barnett distinguished professor of arts administration, education and policy at The Ohio State University until his retirement in 2006 and was the director of the division of comparative literature at OSU from 1968-1975. He became the fourth executive director of the Ohio Arts Council in 1978 and served until 2006. During his long career in education and state government, he worked to encourage an arts climate in Ohio that provided artists, arts administrators and the public with a voice in developing the state’s arts policies. He also stressed the importance of supporting individual artists. He was the first American to receive a Medal of Arts award from the government of Chile for his work in promoting arts partnerships between Chile and Ohio in 2006.

Artist Gina Osterloh was the recipient of the inaugural Wayne P. Lawson Prize in 2021. Her work will be featured in Mirror Shadow Shape, on view at CMA February 24–October 8, 2023.