Travel with Columbus Museum of Art 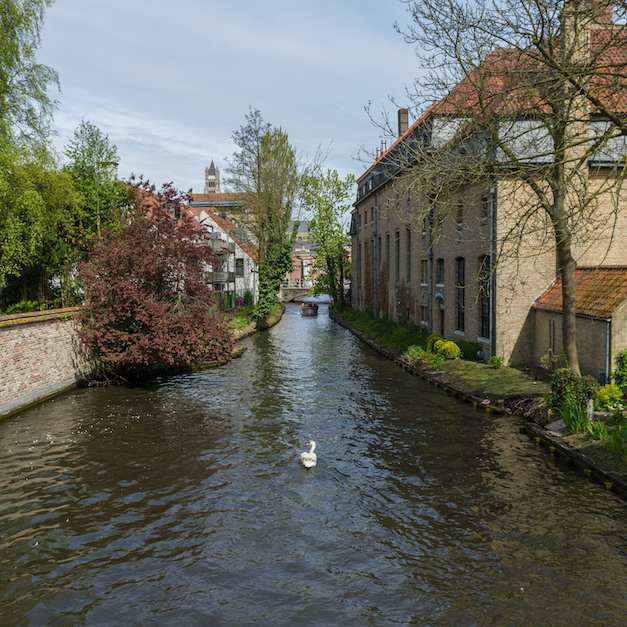 Travel with Columbus Museum of Art

Explore the world both near and far through our Art Escapes travel program. Our first stop will be at the Isaac M. Wise Temple, also known as the Plum Street Temple. Erected in 1866, the building reflects the Byzantine Moorish architectural style which was first seen in Germany in the 19th century. All examples of these temples in Germany were destroyed by Hitler. The only other remaining example besides the Plum Street Temple is located in New York. The design includes Gothic revival, Islamic minarets, and Moorish themes. There are also 14 bands of Hebrew surrounding the interior, primarily from the Book of Psalms. The building itself includes many original features including the pipe organ. We will enjoy a docent led tour of this historic building.

Our second stop will be the Taft Museum of Art. The 200 year old building was originally a private residence and is the oldest wooden structure in central Cincinnati. Its collection span from the Middle Ages to the 19th Century and includes many decorative arts pieces along with paintings from artist such as Rembrandt, Goya, Turner and Whistler. It also features beautiful Duncanson murals.

The featured exhibit is Jane Austen: Fashion and Sensibility. With approximately 40 costumes and accessories worn in both films and TV productions from the collection of award winning British costume house Cosprop LTD, the pieces include ball gowns, wedding dresses, day dresses, hats, jackets, waistcoats and riding habits – the clothes of the middle to upper middle classes. These pieces were worn by such stars as Kate Winslow, Emma Thompson, Gwyneth Paltrow, Dame Judi Dench, Colin Firth and Hugh Grant.

Also included in this exhibition is Jane Austen in London. This is a 7 X 13 foot wall map illustrating London locations from both Jane’s life and writings. It is made in the 1700’s of 24 sheets of rag paper mounted on cotton Muslin. Known landmarks include the house of Parliament and St, Paul’s Cathedral along with cow pastures, timber yards and waterworks. The Taft is not offering docent tours but there will be time to explore both the Museum and the Exhibit.

Our final stop is the Cincinnati Museum of Art. This beautiful Museum was the first designated Art Museum built west of the Allegheny Mountains and is known world- wide for its stunning collections. One of their featured exhibit is Henry Mosler Behind the Scenes: In Celebration Of The Jewish Cincinnati Bicentennial. Henry Mosler has an international reputation for his works depicting life in Brittany. He won success displaying at the Salon in Paris among other venues.

A second featured exhibit is Unlocking an Art Deco bedroom by Joseph Urban. This Viennese–born architect and designer was commissioned to create a bedroom for 17 year old Elaine Wormser in her parents’ home located in the Drake Tower, Chicago. The bedroom was considered quite daring with its combination of colors, patterns, black glass and silvered ceiling. Over 90 years later the bedroom will go on public display for the first time to reflect the original room.

This day trip includes a private touring bus and driver, pastries for AM ride, lunch, light snacks for PM drive home, all entrance fees and tips. The cost per person is $155 for CMA members and $165 for non-members. Your payment in full is considered your reservation. The cut-off date for reservations is August 1, 2022. No refunds will be made unless Art Escapes cancels this trip.

Feel free to contact Sherri Grubbs with any questions at slgrubbsae@gmail.com. Whistler and Sargent in Washington
October 1-3, 2022

Join CMA’s Adjunct Curator of European Art Ann Dumas as she explores with us the collaborative partnership between James McNeill Whistler and his muse in Ann’s exhibition Whistler’s Woman in White: Joanna Hiffernan. The exhibition which includes paintings, drawings, and prints as well as the iconic works of art arising from their collaboration. The show was organized in partnership with the Royal Academy in London, where Ann is a curator, along with the National Gallery of Art. While there, you will also see the new exhibition Sargent in Spain. Because it will be impossible to tour the show as a group on opening day, CMA’s Executive Director Nannette Maciejunes will give a presentation on Sargent at a breakfast in the hotel just for our group. Ann will also talk to us about Whistler’s Peacock Room which we will see with her in the Freer Gallery.

We have arranged for a private visit to the Kreeger Museum of Modern Art so that Ann and Nannette can talk about their favorite works in the collection. Later, we will have a docent led tour of Marjorie Merriweather Post’s mansion Hillwood. In addition to the mansion, you will see Princess in Dior, Grace of Monaco’s couture collection. Associate Curator of Textiles, Apparel, Jewelry and Accessories, Megan Martinelli will be in the exhibition space to answer questions and provide information about the collection. We will be staying at the historic Willard Intercontinental Hotel which is located within walking distance of the National Gallery and the White House.

Nancy Turner and Sharon Grubbs will be your guides in the nation’s capital. The cost of the trip is $1500 double occupancy or $2000 for a single room which includes two nights at the Willard Hotel. Airfare is not included. You MUST be a CMA Member to attend this Art Escape. Not a Member? Join here.

The deadline to register is August 4, after which there will be no refunds. In the event the trip is cancelled, Art Escapes will fully refund your money. If you cancel prior to August 4, you will receive a refund minus a $700 cancellation fee. Art Escapes suggests purchasing trip insurance.  For more information, please call Nancy Turner at 614-557-6755.